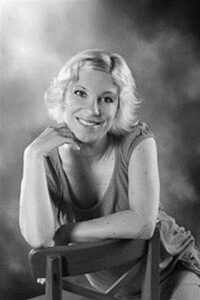 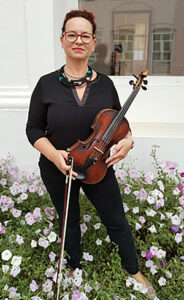 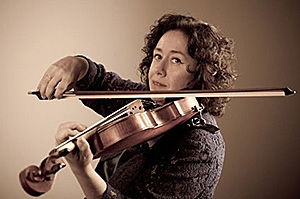 Prof. Tina Balazs after completing lower music school (violin and piano), she continued her education at the high school of music and ballet in Ljubljana, and continued her studies at the Academy of Music in Ljubljana with prof. Volođe Balžaroski. She trained with prof. Vilmša Szabadij at the Franz Liszt Academy in Budapest. During her education, she participated in numerous seminars and master courses. Even when she was a student, she dreamed of doing pedagogic work, and her dream came true and at the age of nineteen she started intensively engaged in pedagogy. Her students receive the highest honors and awards at numerous international competitions. He won the "Đerđ Zazrović" award for the most promising young pedagogue at the string festival in Sremska Mitrovica in 2009. She participated several times as a member of the jury in various competitions. Since 2002, she has been appointed head of the String Department at the "Vič Rudnik" Music School in Ljubljana.

Josipa Erhardt is a violin pedagogue with 22 years of experience. She was born on 18 August 1976 in Osijek. She completed her secondary education at Franjo Kuhač Music school in Osijek. In 2001 she graduated from the Zagreb Academy of Music under tutorship of doc. Marija Čepulić, prof. She has received numerous awards for her work, including the Oscar of Knowledge.  She has mentored successfully many award winning students in both in-state and international competitions. She is a mentor to teacher trainees and the head of the Inter-county teacher council for violin and viola teachers for Eastern Croatia. She leads various professional development workshops and seminars for both students and teachers, she’s a member of expert council and programme committee of Franjo Krežma Memorial in Osijek and ESTA Croatia.

Prof. Dejana Ružanović was born in Belgrade. She completed her primary and secondary musical education at the "Josip Slavenski" Primary School in the class of prof. Vladimir Marković. In addition to the vocal-instrumental section, she also completed the theoretical section. He enrolled in the theoretical department at the Faculty of Music in Belgrade, and then enrolled in the instrumental department at the Academy of Arts in Novi Sad, in the class of prof. Floriana Balaža. She graduated in violin in 2004. She performed with various chamber ensembles, the Novi Sad Chamber Orchestra, and the Vojvodina Symphony Orchestra. She has been a permanent member of the chamber orchestra "Novosadski solisti" since its foundation until today, with which she performed a large number of concerts in France, Germany, Austria, Bosnia and Herzegovina, Slovenia and Montenegro. She collaborated with a large number of internationally recognized artists such as Antonello Gotta, Gernot Winischhofer, Wolker Schmidt Gertenbach, Ilmar Lapinš, Mladen Jagušt, Zoran Hristić, Mateja Marinković, Nikola Srdić, Megumi Tešima, Imre Kalman and others. She performed at the most important festivals in the country: NOMUS, A fest and Novi Sad Music Summer and Mokranjčevi dani. Her performances were permanently recorded and broadcast on RTV, RTS televisions, as well as the CD edition of the "Prometey" publishing house. Since 2004, he has been engaged in pedagogical work. She achieved notable results in her work with students at school, regional, national and international competitions where her students won several first prizes and were also laureates of the competition. The first place at the international competition of Slovenian music "Harmonija" in Belgorod (Russia) organized by the Belgorod Institute of Music and Culture stands out. She was also a lecturer at the masterclass organized as part of the wider program of the festival. For many years, he has been the president of the professional council for the field of string instruments and the manager of string instruments at the "Marko Tajčević" School of Music. He is also a pedagogical associate for the field of string players within the association CMK Melodija, Lazarevac. He actively participates in the work of the jury of many national and international competitions, contests and festivals.

Dusica Polovina finished elementary and secondary music school in Novi Sad. In the class of Laslo Horvat she graduated her studings of the viola at the Academy of Arts in Novi Sad. She obtained her MA degree in the class of Petar Ivanovic and DR degree in the class od Dejan Mladjenovic, both at the Faculty of Musical Arts in Belgrade. She won many awards on state competitions. Since 1986 she performs as a soloist with collaboration of professor Marija Djarmati ( NOMUS, Sombor, Subotica, Sremska Mitrovica, Zrenjanin, Kotor, Herceg Novi, Valjevo, Belgrade). For a long time she has been a solo viola of different ensembles and orchestras : Camerata Academica, Vojvodina philharmonics, Novi Sad chamber orchestra, Tickmayer Formatio, Orchestra of the opera of Serbian National Theatre from Novi Sad. She performed in Italy, France, Germany and in Russia. She worked as an assistant at the Academy of Arts in Novi Sad since 1995, and since 1999 she started working as a professor for the viola at the Academy of Arts in Novi Sad.

Goran Kentera was born on 1.9.1962. in Zrenjanin. He started with music education in the Josif Marinkovic Music School at the age of 11 in the class of prof. Đerđa Zazrović. With moving of prof. Zazrović in Cuprija (School for Musical Talents) continues his education with eminent prof. Imre Jambora and prof. Ferenc Kaboka, where he completed lower and secondary music education. At the same time, as a student of lower and secondary music schools, he regularly takes classes of prof. Jashvili Marine. He enrolled at the Academy of Arts, Novi Sad in the class of prof. Dejan Mihailović, then continued his education in the classes of prof. Sergey Kunakov, prof. Pavel Vernjikov and prof. Elijah Grubert in Podgorica. She is employed as an assistant principal in the class of prof. Vartkes Bojadjian. He is completing his master’s studies at the Academy of Arts in Novi Sad, in the class of prof. Uroš Pesic. During her education, she attended seminars with renowned violinists Denes Kovacs (Hungary), Pavel Vernjikov (Italy) and Kosta Boginoa, chamber music (Italy). In the competitions, he wins the first republic and federal awards (Yugoslavia), Sarajevo 1981, Pristina 1984, and in 1985 he wins the first prize at the “Laureates of Orpheus” competition in Belgrade. That year he played concerts as a representative of the “Music Youth” of the Republic of Serbia, with other young musicians from the former Yugoslav republics. He worked as an educator at schools: Novi Sad “Isidor Bajic”, Zrenjanin “Josif Marinkovic”, Podgorica “Vasa Pavic”, Cuprija “School for Musical Talents”, Belgrade “S.S. Mokranjac”. Since 1994 he has been working as a lecturer at the “Academy of Arts” in Novi Sad. As an orchestral musician he has played in Italy (International Orchestra-_Fermo) and in the Symphony Orchestras in Novi Sad and Podgorica. Under the baton of prof. Dejan Mihailovic, plays as a soloist and concertmaster in the Zrenjanin Chamber Orchestra. She is one of the founders of the Strings Summer School in Leskovac, which has since grown into a regional classical music festival. At the “International Violinist Meetings” in Sremski Karlovci, he is one of the permanent members of the jury. 2019 god. held a Violin Masterclass at the Richard Wagner Conservatory in Vienna. He has recorded for the needs of Radio Television Belgrade, Radio Television Titograd and Radio Television Novi Sad. 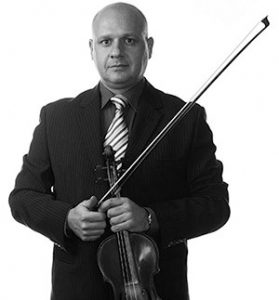 Florian Balaž, violinist, was born in 1971 in Novi Sad, where he completed elementary and secondary music school. He studied in Novi Sad and Ljubljana, and spent a year on specialization in Vienna. He completed his postgraduate studies at the Academy of Arts in Novi Sad in the class of prof. Uroš Pešić. He is currently working as a full-time professor of the violin subject at the Academy of Arts in Novi Sad, while simultaneously acting as Head of the Department for String Instruments. He is the recipient of a number of awards and recognitions, the most important of which are: first place at the Federal Competition in the violin category in 1986, first place at the Federal Chamber Music Competition in the piano trio category, and first prize at the "Petar Konjović" International Competition in the piano duo category in 1996. In 1988, he received the highest recognition of the city of Novi Sad, the "Coming of Age Award", for his achievements in studies and musical work. He represented Yugoslavia in the Mediterranean Youth Orchestra in Aix-en-Provence - France in 1989, and in 1991 he successfully auditioned for the concert - master in the "Gustav Mahler" Youth Orchestra, led for years by the famous conductor Claudio Abbado. In the 1992-1993 season, he was a member of the "Ciudad Orchestra de Malaga" in Spain. From 1993 until the end of 1995, he was a permanent member of the Symphony Orchestra in San.Gallen, Switzerland, as well as concert-master of the Chamber Orchestra from Gossau, also in Switzerland. He is the founder and concertmaster of the chamber orchestra "Novosadsko solisti". In the season 2004-2005, he was again engaged in the Symphony Orchestra of San. Galen, during the time he spent in Switzerland, Florian Balazs also performed at the concerts of the European String Orchestra. Special emphasis Florian Balaž devotes himself to his solo career and in 1997 he begins an intensive collaboration with pianist Vanja Prica, with whom the Novi Sad audience introduces them to traditional concerts for "Valentine's Day" on February 14. Their performances were recorded by many radio and television stations RTV BG, RTV NS, TV CG , SRT - Banja Luka, as well as many local radio and television stations. In addition to numerous solo concerts, performances at recognized international festivals NOMUS, A-fest, mali BEMUS, Kotor Art, Sarajevo Winter, Zenica Spring stand out. As a soloist, he performed accompanied Symphony Orchestra of the Novi Sad Academy of Arts, Niš Symphony Orchestra, RTV CG Symphony Orchestra, artistic ensemble "Sta nislav Binički", string chamber orchestra "Novosadski solisti", Novi Sad chamber orchestra, Subotica chamber orchestra, chamber orchestra "Arion" from Banja Luka. In April 2004, he recorded his first independent solo CD, with works by Fritz Kreisler. As one of the most outstanding representatives of artists of the younger generation, he had the honor of being the representative of Vojvodina at the international meeting of the Danubian countries in Ulm - Germany in June 2004. In addition to the classical repertoire, Florian Balaž actively plays and promotes the works of contemporary composers. Some of those projects have been permanently recorded on CD - there are: the ensemble for new music "Ritual Nova", the Neo-Renaissance ensemble "V.I.T.R.I.O.L". As a soloist, he performed throughout the former Yugoslavia, in the music centers of Switzerland, Austria, Germany, Italy, Spain, France, Hungary and Slovenia. Florian Balaž has been the concertmaster of the Vojvodina Symphony Orchestra since its foundation, with which he performed as a soloist in 2013 and 2019.